About two years ago St Anne’s In Bloom took an interest in the Peace and Happiness garden. They felt it needed a bit of help to make it more attractive and by working closely with Fylde Borough Council have put their joint plans into place.

St Anne’s In Bloom raised money through Tesco Bags of Help which enabled them to bring in community artist Anthony Lysycia the stone carver. They also have created the piano show garden and the vertical gardens on this shelter. After putting in new plants they have a group of volunteers who come to the gardens on a fortnightly basis.

The gardening group talk to visitors and about eighteen months ago it became apparent that not everyone knew who Les Dawson is. They thought that the reasons may be that the visitor is too young or from abroad. This situation led St Anne’s In Bloom to think about creating an interpretation board for him.

However, they also realised that other entertainers had something to do with Lytham St Anne’s and that they too could be celebrated at the same time. The Gallery unveiled on 28th July 2018 is the culmination of the work done by Ian Roberts and Fiona Boismaison from the St Anne’s In Bloom Committee.

A list of eight people from the past and present was drawn up and agreed upon and an artist was chosen by the committee. They didn’t know it at the time but the local artist they decided upon from the short list was the daughter of Fiona Boismaison, Holly. Fiona abstained from the vote.

The eight people featured are the folk rock artist Roy Harper , the singer Josef Locke, the actress Amanda Barrie (who atended the event) and the comedians  Al Read, George Formby, Jenny Éclair, Bobby Ball and of course Les Dawson. Each plaque has information about the entertainer which has been endorsed by the entertainer themselves or their family, or in George Formby’s case by the Society. So we know that every plaque is accurate . The images were also approved in the same manner.

The plan is for the plaques to improve the visitors experience to the garden and for this new attraction to be on display for a few years.

What’s been going on 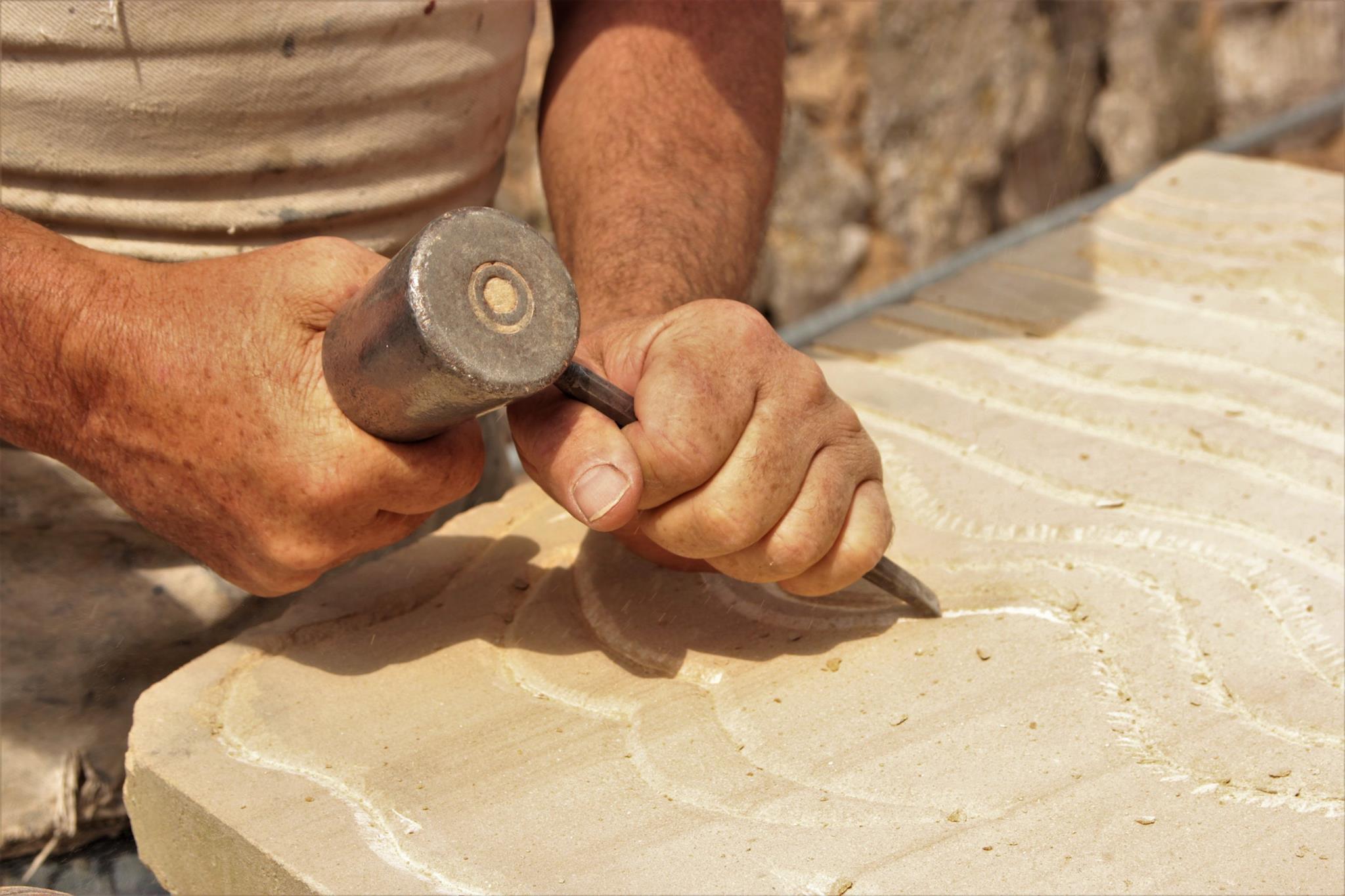