The latest and most imaginative phase has now been completed over at the Peace and Happiness Garden. This is the garden next to the pier where the statue of one of Britain’s favourite entertainers, Les Dawson, stands. Tracey Dawson who is Les Dawson’s widow visited the garden with St Anne’s in Bloom and was delighted and very impressed with the quality of the display.

The garden has been totally replanted with seaside loving plants providing colourful blooms and fragrance. It also now holds other attractions besides the statue including a piano, which Les Dawson is well known for playing (or not playing well as the case may be). It has been painted to protect it from the elements and Urban Street artist, Seca One Art has produced a beautiful butterfly backboard. The piano has also been planted up and forms part of a wonderful mini show garden, surrounded by many flowering plants; Tracey Dawson was very amused by the fact that we had included “Mother in laws Tongue” in the plant selection as Les Dawson was well known for his jokes on this subject.

This has been a great project for St. Annes on the Sea In Bloom, which saw us raising funds and working with the council and other groups such as Santander Building Society in order to create the garden. It is already grown more popular over its development and it hoped that more visitors and locals will use this garden and find it both amusing and a place that appeals to the senses. 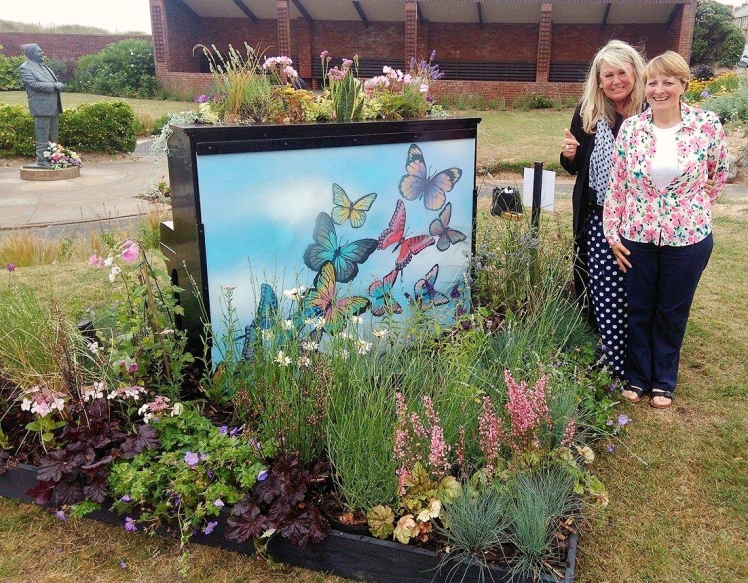